[MANGILAO, GUAM] – PBS Guam, KGTF, Channel 12, the Office of the Governor of Guam, the Mayor’s Council of Guam, and the Guam Visitor’s Bureau are proud to announce a broadcast of Guam’s 78th Guam Liberation live on PBS Guam, KGTF TV channel 12, stream live on the PBS Video App, and PBS Guam’s YouTube Channel.

This year’s Guam Liberation Day Parade will once again be broadcasted live on PBS Guam, KGTF TV channel 12 on July 21, 2022 beginning at 10:30 a.m.   After the live parade coverage, a special feature of the 77th Guam Liberation “Legacy Concert” will air at 3:00 p.m., followed by another rebroadcast of the 78th Guam Liberation Day Parade at 4:00 p.m.    If you miss it, you can catch the final rebroadcast of this year’s parade Sunday, July 24, 2022 at 10:00 a.m. or on-demand on the PBS Guam YouTube channel.

“We at PBS Guam are honored and are so excited to bring the live parade coverage to our viewers on Guam, CNMI, and around the world for the first time in two years!  As the official parade broadcaster, our viewers will be able to pay tribute to our Greatest Generation, our World War II survivors.”  said Ina V. Carillo, General Manager, PBS Guam KGTF Channel 12.

ABOUT PBS GUAM, KGTF, CHANNEL 12: For over 50 years, PBS Guam KGTF Channel 12 has been serving the island community of Guam by providing quality and meaningful programming that aims to educate, inform and inspire viewers of all walks of life.

PDF Version of this Press Release 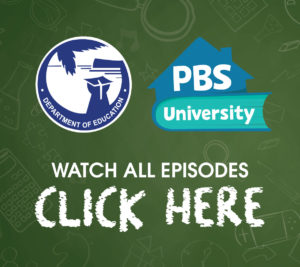